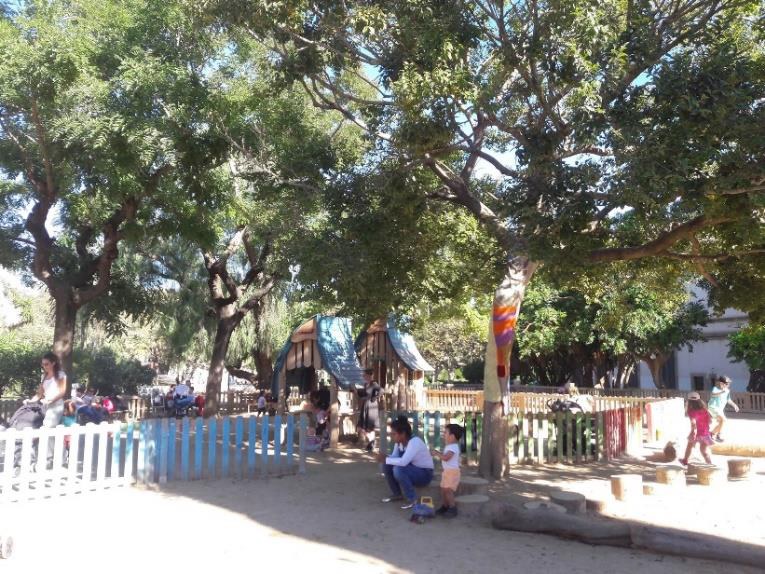 By Tobias Møller Wikke and Emma Hiltmar (University of Copenhagen)

When municipals plan the urban structure, they must consider what will make the best city for the inhabitants. Here, areas that can serve a multifunctional purpose is worth highlighting in the crowded cities. Playgrounds is an example of such an area.

The general tendency in the world is that people are becoming more obese. The average person sits in a chair 8 hours a day at work, and then spends the evening in a sofa in front of the TV. The study Global, regional, and national prevalence of overweight and obesity in children and adults during 1980–2013: a systematic analysis for the Global Burden of Disease Study 2013, published by The Lancet on 29 May 2013, shows that nearly 30% of the world’s population are obese.

Furthermore, Dr. Christopher Murray, director of IHME and a co-founder of the Global Burden of Disease (GBD) study says “In the last three decades, not one country has achieved success in reducing obesity rates, and we expect obesity to rise steadily as incomes rise in low- and middle-income countries in particular, unless urgent steps are taken to address this public health crisis.” However, what can we do to fix these problems?

One of the solutions to the problem could be to introduce playgrounds as a mean to make people exercise in their everyday life. If you already as a child is introduced to healthy and fun habits, you will most likely continue to keep having the same interest as an adult.

In order to make playgrounds interesting enough to give children a lasting interest in play and movement, they should be appealing on more than one level. The physical level is the most important thing regarding obesity anjd the population’s health. Nevertheless, the physical level on its own is not enough to make the playgrounds attractive to a broader audience. The playground need to stimulate children on an emotional, social and experimental level as well.

This include aspects of learning, communicating and to behave among each other. Furthermore, play can enhance the patience of a child and the creativity. When talking about playing in a perspective of learning, you can have elements that teaches the child about numbers, the alphabet, sounds etc. Fantasy and communication are learned through play pretend in various ways, and when you have to wait in line to use the playground elements, you learn to become patient. If all of these elements are represented in the playground, it will attract children of all ages and even teenagers. There by they will come to the playground and chances of them doing physical exercise is higher.

In general, trees and plants are good for the environment because they have an ability to convert CO2 into O2 and they will provide habits for animals and insect. In addition, the trees also lowers the temperature in the cities.

To sum up, urban playgrounds will improve both the physical and mental health of children and teenagers and if you add green, the cities will be a nicer, healthier environment to live in.